Breaking records is Cameron Brown’s game. - ‘Anything is possible’ is the Ironman slogan. And Avanti athlete Cameron Brown is proving just that. 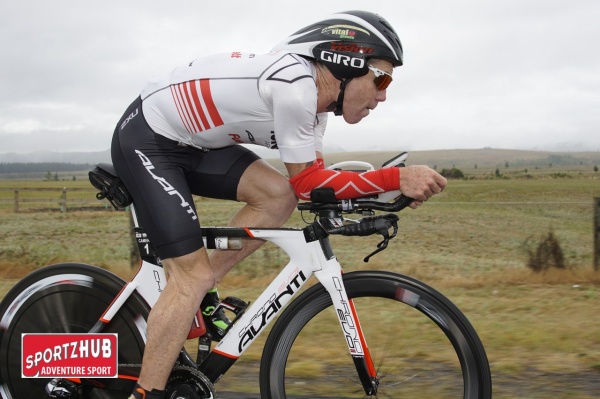 Fourteen years ago Cameron Brown won his first NZ Ironman, and in Taupo on Saturday he took home his 11th Ironman champion title. Not only is this quite the haul, but with this win Cameron also broke two records – becoming the oldest Ironman champion, and the Ironman with the greatest number of wins from the same Ironman event.

Here at Avanti we’re proud to support such a legend and hope Cameron Brown’s achievements inspire others to push the boundaries. Anything is possible!

‘Winning my first Ironman New Zealand back in 2001 was a dream come true but winning my 11th tittle a couple of months short of my 43rd birthday was incredible! I've had a great build up to this year’s event, the New Zealand summer has been amazing so it was easy to get out and train long and hard.

Lake Taupo was at its best race morning calm very mild and no wind, I knew the swim would be fast with super fish Dylan McNeice in the field and it was, and it was with a record breaking 44:25 for the 3.8km swim.  I found myself 5mins down! And knew I had some work to do as soon as I hopped on my bike. Within the first 45km I had halved the lead to Graham Ogrady, but Terenzo Bozzone was now taking charge of the ride. At the 90km mark I had worked my way into 3rd position, 2mins down but I was starting to lose more and more time. At the 120km mark the lead had swollen to nearly 4mins and with the wind picking up the last 60km would be tough. I still felt good so I started to push hard into the head wind, the gap at the final turn around was now down to 3mins and with 45km to go I wanted to try and be as close to Bozzone off the bike as I could be. With 10km to go I finally caught up and took the lead into T2. The race would now come down to a foot race!

As soon as we started I tried to push the pace to see if I could open up a gap and within the first kilometre I had a 10m lead, with each km my lead grew and after the first 14km lap I had a 2min buffer. I kept pushing on as you never know what can happen in an Ironman, the slightest cramp would evaporate my lead so I was keen to have a larger gap to Terenzo who was still running well. The final 4km back into Taupo is always incredible with the whole town lining the streets, I tried to really enjoy the final few km's and enjoy my 11th win here.