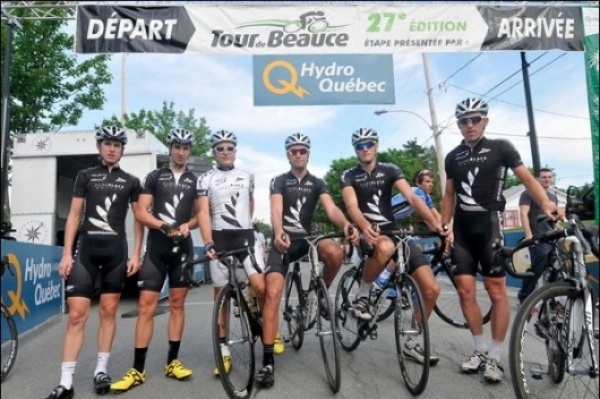 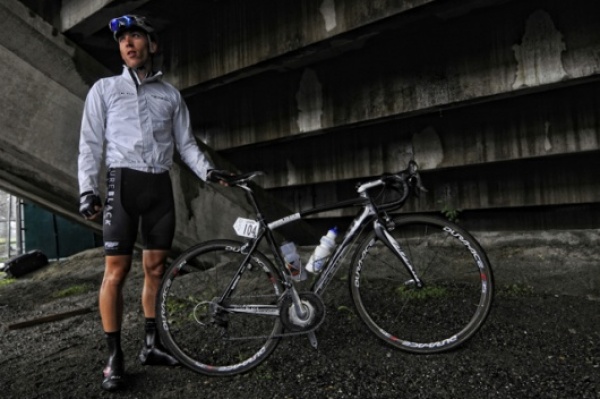 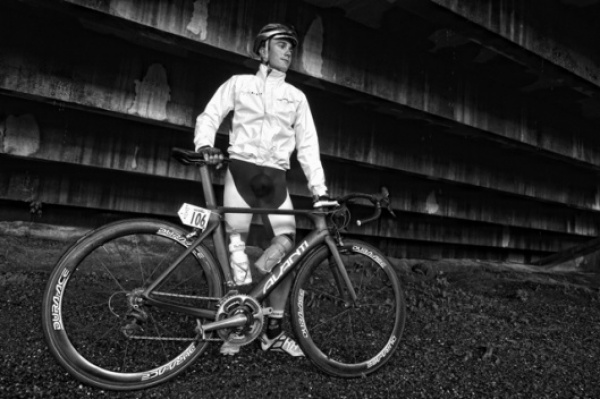 The team has so far competed in one major tour and a criterium whilst in Canada, some more exciting racing to come before they venture home.

Le Tour de Beauce proved a challenging tour for PureBlack Racing, with results not falling their way. In a tough and competitive tour, the team only managed up a couple of KOM points through James “Jimmy” Williamson and a top ten finish in stage five through Michael Torckler.

Director Sportif, John “Harry” Harris, is not dwelling on the results from the Beauce, seeing the six-stage race as a massive learning curve, and a chance to grow the team’s strength and ability.

“We knew from the beginning that this was going to be a tough tour,” explained Harry, “It has not been the best tour for us - it was even harder than we envisioned, but I believe the team has come out of this tour a much better team then they went in.”

“We are here to make the team stronger, this is one of the toughest tours of North America, and the boys will only learn from this experience,” said Harry, an eight-time Tour de Beauce veteran.

A stand out of the tour was team member Taylor Gunman, who joined the team in Canada after riding with the BikeNZ PureBlack Racing Under 23 squad in Europe.

Despite not spending three months in Asia with the rest of the team, Taylor slotted right back in with the rest of his team members, confirming the ability to take the step up to the open-age level.

“Taylor is a real gem,” said Harry who is excited to be able to train him and continue his development as a professional athlete, “I am really looking forward to seeing what I can do with him over the next couple of months, he is a great asset to the team.”

After two weeks of recovery and training in Toronto, PureBlack Racing was ready to get back into racing with the CHIN Picnic Criterium last Sunday, where they took out the podium with a one-two-three finish.

The CHIN Picnic Criterium is an annual race, which is part of the Canada Day celebrations.
PureBlack Racing left the rest of the field behind with James “Jimmy” Williamson and Roman van Uden forming a breakaway after the first sprint, and managing to keep the peloton at bay for the remaining 39 laps of the criterium. Taylor Gunman controlled the peloton for the duration of the race, accumulating enough time bonuses to comfortably wrap up 3rd place.

“I don’t think the Canadians were too happy that we won,” said Jimmy, “but it was a really fun race in downtown Toronto, something really cool to be involved in.”

This week PureBlack Racing will head to Vancouver for BC Super Week, a series of races throughout British Columbia held from the 6th to 15th of July.

“They are not going to be easy races, especially the criterium, teams will send their criterium specialists to compete – they are going to be very technical races,” said Harry, “we haven’t had as much recovery time as I would have liked, but the boys are in good spirits and training well

Both Roman and Taylor Gunman have raced the Tour de Delta previously and both rate it as a really great tour to be a part of.

“I am hoping Roman will shine,” said Harry, “he has made all the indications that he has and I will be relieving him of captain duties so he can concentrate on getting out there, and doing what he needs to do.”

“I am really looking forward to going back to the Tour de Delta with Roman, it will be a lot of fun,” said Taylor.

With a heavy race schedule ahead of them, PureBlack Racing are sure to stamp their mark in Canada before returning home to New Zealand in late July.

Next: UBC Criterium not meant to be

The UCB Criterium was not meant to be for PureBlack Racing after four of the five riders were caught in crashes and didn’t finish the race.