Avanti and Docherty call time on wonderful partnership - Sheppard Industries Limited and Bevan Docherty have reluctantly agreed to end their long and successful partnership as Docherty pursues a new direction in triathlon, racing over longer distances - primarily in North America. 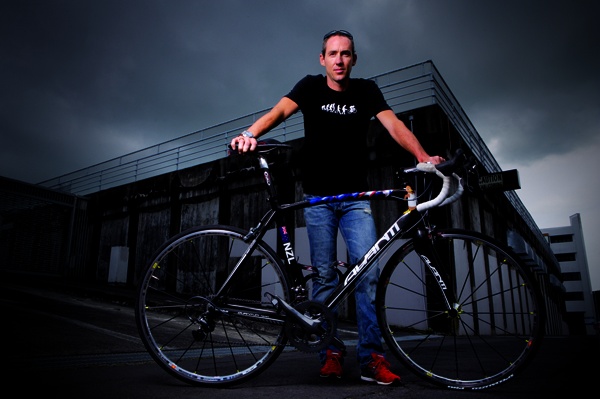 Two time Olympic medallist Docherty has proudly been riding Avanti for the past 7 years, forming a formidable combination as the man dubbed ‘Mr Consistency’ won World Cups, World Triathlon Series events and of course a second Olympic medal in Beijing.

During that time Docherty has become a fantastic ambassador for the New Zealand developed Avanti bikes.

“Bevan is a super talented, dedicated and determined athlete, someone renowned for pushing himself and his equipment to the limits to get the very best out of his performances,” said Amanda Till, Sheppard Industries Limited NZ Sponsorship and Events Manager.

“He is more than just an athlete though; Bevan has through his loyalty and dedication to our brand become part of the Avanti family. He has brought his considerable experience and skill in getting the best out of a bike to our design team, providing invaluable feedback to help Avanti to continue to improve each year and produce first class bikes for both elite athletes but also the thousands of New
Zealanders who ride Avanti.”

Docherty speaks with great pride of his long term relationship with Avanti and his reluctance to move on but in typical Docherty fashion, he is thinking of what is best for both parties at this juncture in his career.

“I have enjoyed my time with Avanti, they have been a big part in my success over the years, winning an Olympic medal in Beijing and numerous World Cup wins are some of the highlights,” said Docherty.

“However, it has been hard living and training in the US to get the full value out of what Avanti has to offer, and that is one of the reasons why we have decided to end it now. That situation is only going to become more difficult as I pursue my goals in long distance triathlon, with much of my racing and time spent in North America. This is a tough decision, but it is the right decision by Avanti and for me at this time in my career.”

During his time with Avanti, Docherty has ridden top end bikes such as the Carbonia, Quantum, Chrono, Chrono Evo II and the recently released Corsa DR. The investment in the technology and advancement of these bikes in partnership with athletes like Bevan Docherty is what then flows down to the wide range of bikes sold throughout the country via the AvantiPlus and Avanti Authorised Dealer stores.

Avanti is incredibly proud that Docherty was able to take world class New Zealand designed and developed bikes with him on his travels, including two Olympic campaigns.

Sheppard Industries Limited Managing Director, Bob Boniface says that is something Avanti is immensely proud of and will continue to aspire to.

“Sheppard’s is proud to be supporting NZ cyclists and triathletes as we are committed to helping athletes reach their goals while performing on the world stage. Avanti has enjoyed a wonderful partnership with Bevan that has now run its course. New Zealanders can be proud that Bevan took a New Zealand developed and owned product to the world and we are incredibly proud of what Bevan has achieved while riding Avanti bikes.”

“The thousands of New Zealanders who are also proudly riding Avanti bikes can also be proud of the fact a New Zealand developed product is the equal of anything in the world, thanks in part to a great New Zealander like Bevan.”

The entire team at Avanti wish Bevan all the best for the future and have no doubt that he will continue to achieve at a high level in his new pursuit of long distance triathlon glory, commencing this weekend at the Ironman 70.3 event in Auckland, the official Asia-Pacific 70.3 Championships.