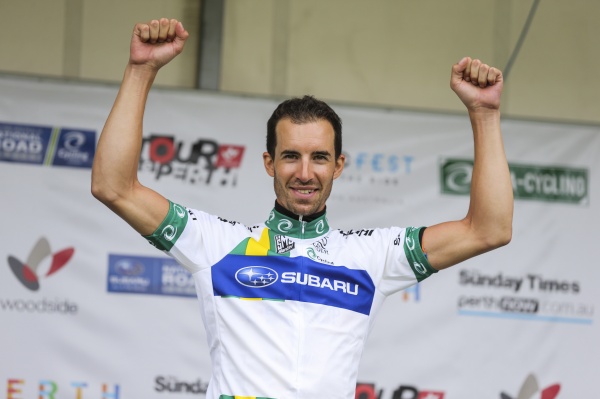 Despite a relatively slim margin to second placed Tim Roe heading into the final round in Grafton, Cooper followed the game plan to the letter, marking Roe out of contention to come away with the series win.

"This is one of the biggest highlights of my cycling career,"said the 2014 Oceania time trial champion. "I’m just so glad we got it done today."

The win came courtesy of a great start to the season with Tour wins in Perth and Battle On The Border before a broken pelvis sustained in a crash at the Tour of Toowoomba saw Cooper out of action for three months. Cooper left no stone unturned in his rehabilitation spending numerous hours in a decompression chamber and with the help of his physiotherapist girlfriend Miranda Laidlaw managed to come back close to his best with a stage win in Gippsland a nice present for all the hard work.

Such was the strength of Avanti this season they finished with six riders in the top ten rankings and won the overall teams title by a whopping 77 points from second placed Budget Forklifts.Joe’s win is a credit to him and to his teammates, in fact to the whole organization. It takes a lot of work to keep this team on the road and performing at their best so it’s a great reward for everyone in what has been another great season for Avanti Racing – Steve Price

"It was great finishing off the 2014 season with a win in the 5th BMW Ironman Taiwan 70.3 in the beautiful area of Kenting, the souhern trip of Taiwan."