PureBlack Racing Canada Update - PureBlack Racing have ended their six-week long block of racing in Canada on a high, after Joseph Cooper held off a number of pro-team cyclists to take second in the final stage of Tour de White Rock. 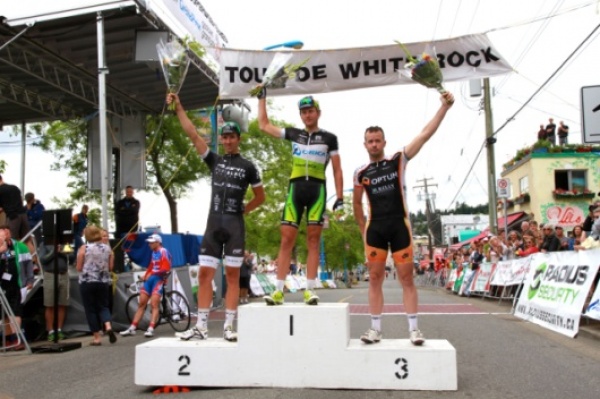 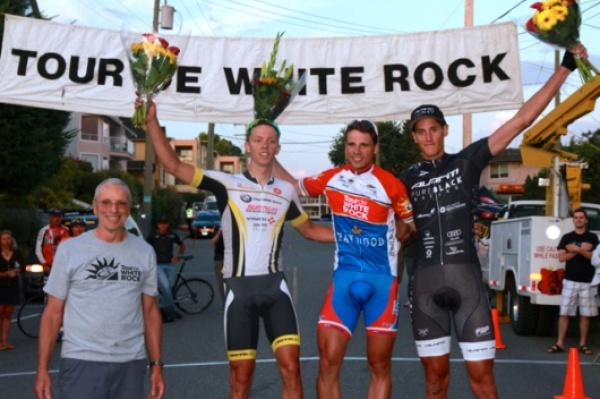 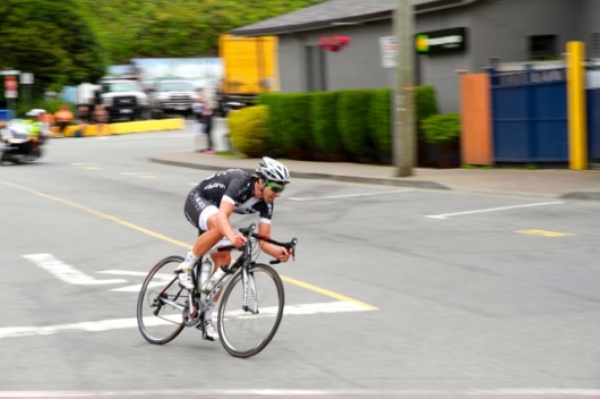 Joseph finished just 30 seconds behind Orica-GreenEDGE pro-tour cyclist, Christian Meier and was rapt with being able to finish his time in Canada with such a memorable result.

The 135km road race was an extremely tough course, with 10 laps of a grueling course, followed by four of a 4km loop. Joseph, along with the rest of peloton was wary of Meier, and teammate Svein Tuft, and Joseph fought hard from the get-go knowing that if either rider made a break, it would decide the race.

“He knew he needed to stick with Christian and that is exactly what he did,” said John “Harry” Harris, Director Sportif of PureBlack Racing, “He couldn’t have rode a better race, he was a class act today.”

“Harry told me to ride like it was the last race I would ever ride in and that is what I did,” said Joseph.

Harry is very happy with the way PureBlack Racing has participated throughout BC Superweek. In every race, bar one, a top-ten placing was gained and the team showed domination in the criterium picking up sprint premes.

Joseph spent most of Giro di Burnaby off the front of the peloton riding solo and picking up five sprint premes, only to be caught with 10 laps to go.

Roman van Uden showed great form in the criterium - unlucky to miss a podium finish, but picked up premes and top ten placings along the way.

Louis Crosby showed his explosive power, clocking the days the fastest time during Stage One of le Tour de White Rock, only to be placed 3rd overall in the top five sprint-off up the 700m climb.

Returning from a long-term injury break, James McCoy showed the hours of recovery training were paying off, and will be hoping injuries picked up in the penultimate day of BC Superweek will be short-lived.

Taylor Gunman’s stint in Europe with the U23 team held him in good stead for the move to senior racing, with a number of consistent showings on the bike. He was unlucky not to be rewarded with some tangible results, foiled as he was caught following a number of crashes over the course of BC Superweek.

Earlier in the block, PureBlack Racing competed in le Tour de Beauce in Quebec and spent some time training and racing in Toronto.

Le Tour de Beauce proved a challenging for PureBlack Racing, with results not falling their way. In a tough and competitive tour, the team only managed up a couple of KOM points through James “Jimmy” Williamson and a top ten finish in stage five through Michael Torckler.

Harry is not dwelling on the results from the Beauce, seeing the six-stage race as a massive learning curve, and a chance to grow the team’s strength and ability.

“We knew from the beginning that this was going to be a tough tour,” explained Harry, “It has not been the best tour for us - it was even harder than we envisioned, but I believe the team has come out of this tour a much better team then they went in.”

“We are here to make the team stronger, this is one of the toughest tours of North America, and the boys will only learn from this experience,” said Harry, an eight-time Tour de Beauce veteran.

A stand out of the tour was team member Taylor Gunman, who joined the team in Canada after riding with the BikeNZ PureBlack Racing Under 23 squad in Europe.

Despite not spending three months in Asia with the rest of the team, Taylor slotted right back in with the rest of his team members, confirming the ability to take the step up to the open-age level.

“Taylor is a really gem,” said Harry who is excited to be able to train him and continue his development as a professional athlete, “I am really looking forward to seeing what I can do with him over the next couple of months, he is a great asset to the team.”

After two weeks of recovery and training in Toronto, PureBlack Racing was ready to get back into racing with the CHIN Picnic Criterium, where they took out the podium with a one-two-three finish.

PureBlack Racing left the rest of the field behind with James “Jimmy” Williamson and Roman van Uden forming a breakaway after the first sprint, and managing to keep the peloton at bay for the remaining 39 laps of the criterium. Taylor Gunman controlled the peloton for the duration of the race, accumulating enough time bonuses to comfortably wrap up 3rd place.

“I don’t think the Canadians were too happy that we won,” said Jimmy, “but it was a fun race in downtown Toronto, something really cool to be involved in.”

Overall Harry is impressed with the way in which the team has been racing and training throughout their time in North America.

“There are always going to be things we can improve on,” said Harry, “but we definitely got in some good racing and training, we will be back next year to improve on our results.”

PureBlack Racing arrives back in New Zealand early next week for a short stop before heading over the Australia to compete in the Scody Cup.