We are about to Race! - Time has come again that we are now on the door step of our first international competition of the 2014 season. 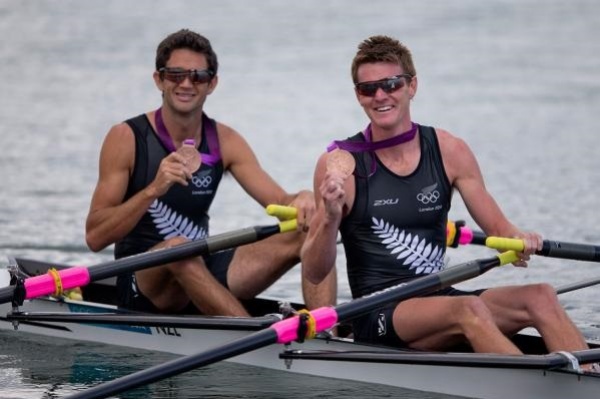 We have left behind the comforts of home and have set up camp in the South of France. It sounds nice, a bit of wine, cheese and sightseeing, why not? Aspiring to be my best is why not. I haven’t even made it outside the hotel grounds on foot yet. It is purely a competition mindset going on at the moment. We checked into our hotel on Saturday morning after 39 hours of travel and we kick off World Rowing Cup II on Friday morning (Friday night NZ time). No time to play tourist on this trip… well not just yet.

We picked up our brand new Filippi boat and hit the waters on a near by river to get as much prep in as we can before we start racing. Some of the locals are not to fond of us rowing contingent being here, restricting the use of Lake Aigbuelette to only a few days before racing and during. Aparently we cause too much of a destruction to the natural environment and ruin the fishing! Ha. Surprise surprise, the French don’t like change.

Our prep back in New Zealand had gone well, getting in some decent k’s on the water, racing down over 2,000m in healthy times and getting our weight down for the first time for the International season. This put us in a good mood departing our shores. What lies ahead for us is the World Rowing Cup II this weekend, followed by another World Cup in Switzerland and then culminating in Amsterdam for the World Rowing Championships at the end of August.

For now we have 12 countries entered for our event. No surprise we see the current World Champions and newly crowned European Champions of Denmark take the top seed. Also in notable presence are Great Britain, the 2013 World Championships Bronze medalists as well as 2013 Finalists, USA and France. Some great competition to put ourselves up against. A miss from this regatta are the Italians, Australians, Germany, Holland and South Africa.

You can follow us live through the Heats and Semi Finals on www.worldrowing.com and the finals racing will be televised on Sky Sport Live! So get following and get behind us once again. It is going to be a great season.

Next: Turning the tables

After one of the toughest days I have had in rowing yesterday (Saturday), to come out today and to perform how we did, it feels bloody satisfying. In the heat of the day, pushing 30 degrees, we went out there to perform and commit.