Avanti unveil step-changing track bikes for the NZ Olympic team for Rio. - Avanti have released what are being termed ‘secret weapon’ track bikes ahead of the 2016 Rio Olympic Games. 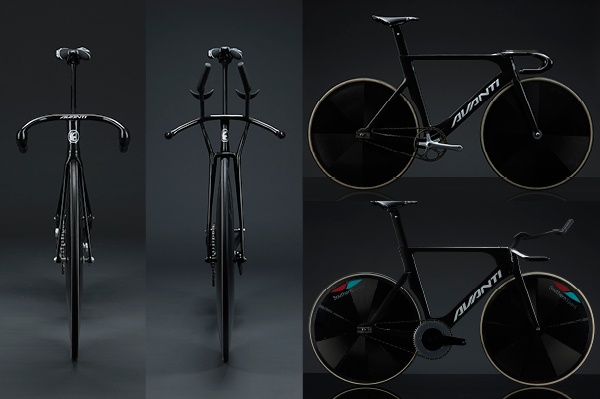 Working in collaboration with Cycling New Zealand, High Performance Sport and New Zealand track athletes, including World Champion Sprinters Sam Webster, Eddie Dawkins and Ethan Mitchell, Avanti have created a product, that by all data collected, should give the kiwi team an edge against the rest of the world.

Kim Struthers, Country Manager commented, ‘we’re really excited to have the pinnacle of Avanti Design Technology (ADT), a design philosophy we incorporate in every Avanti bike, showcased on the world stage.’

Avanti started working on this project with Cycling New Zealand in August 2013, with strain gauge testing at the Invercargill Velodrome to compare the track platform Avanti had in the market at the time against a well-known competitor track bike. The results from this testing proved Avanti’s model to be a better race bike and encouraged Avanti engineers with the challenge on how to make the Avanti track bike even better.

Craig Palmer, Cycling New Zealand Sport Scientist commented, ‘In Avanti we wanted a partnership where we were investing in experience, expertise and technology. We knew if we partnered with the right company the fastest bike would be the end result, and we’ve achieved that.’

Using the key objectives of a track bike; to be aerodynamic, lightweight and stiff, new concepts were drafted with each, with factors being pushing each as far as they could go without seeing a negative impact on another factor. Utilising 3D printing Avanti was able to test individual aspects of the frame at Auckland University’s wind tunnel, before committing to producing a frame for further testing. Using extensive Aerodynamic simulation software (CFD) and structural simulation software (FEA) a radical new front end design was born.

David Higgins, Avanti Lead Engineer commented, ‘this was no longer an evolution of the current Avanti track bikes, but a whole new concept in structural and aerodynamic design’.

The Sprint bike, The Avanti Pista Team, Olympic Edition, looks at similar factors to the Pursuit bike, but with more emphasis on being lightweight while managing the immense loads the Sprinters put out. Ethan Mitchell said of the Avanti Pista Team, Olympic Edition project ‘it’s been amazing, we’ve never really had the opportunity to be able to bounce ideas on how to build ideas on something that we ride, it’s been special to be able to do that and come together to make a bike that is individualised for us.’

Mark Elliott, Cycling New Zealand High Performance Director commented ‘Avanti has done something we’ve never seen before in a bike, it’s going to be pretty special when we see it in Rio.’

Avanti have a history with the Olympic Games. The Kiwi bike company has been involved in the last four Olympic Games Avanti achieving track medals. This Olympic cycle Avanti have embarked on their most technology-driven project yet. Using World leading Formula 1 technology and designed and tested in New Zealand, by New Zealanders, for the New Zealand Olympic team is a true Kiwi innovation piece Kiwis can be proud of.

Next: The New Zealand Olympic Team ride Avanti Incs at the Olympic Village