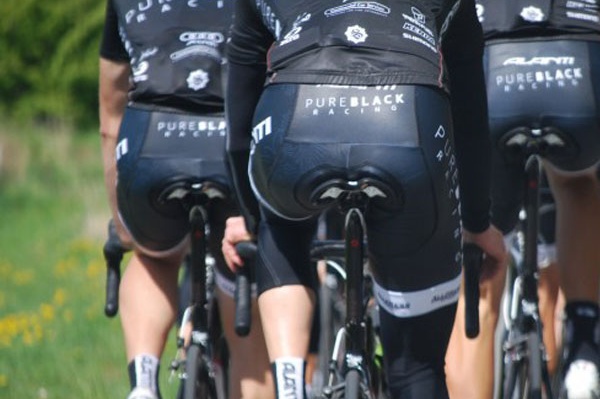 The criterium is a feature in the Canada Day festivities and attracts a number of local riders as well as profession criterium specialists.

PureBlack Racing will be looking to crash the party, with notable criterium rider, Roman van Uden, released of his captain duties for the day to focus on an individual performance in a race that has in the past seen speeds of up to 70 km/h.

Director Sportif, John “Harry” Harris, believes PureBlack Racing has a strong chance, but is wary of strong local talent looking to impress what promises to be a large, patriotic crowd.

The PureBlack Racing team for the CHIN Picnic Criterium is:

Following the CHIN Picnic Criterium, PureBlack Racing will be heading to Vancouver to race in BC Superweek from the 6th to 15th of July, where they will be joined by team mate, James McCoy, who is returning to the team from injury. BC Super Week consists of le Tour de Delta, Tour de White Rocks, UBC Grand Prix, Gastown Grand Prix and Giro de Burnaby.

The Gastown Grand Prix has seen it’s fair share of New Zealanders competing for the title, however, a New Zealander has not won the criterium since Gary Anderson took the honors in 25 years ago. The criterium, which will be raced for the first time in three years is expected to attracted crowds of up to 30,000.

The local and international talent attending BC Superweek, including Team Exergy, United Health Care and Rubicon-Orbea, will prove to be great competition for PureBlack Racing and provide for some high-octane inner-city racing.

This is the first time PureBlack Racing will race in BC Superweek, but Roman and Taylor have both raced the Tour de Delta together in 2009 and are looking forward to going back and racing it as PureBlack Racing.

Le Tour de White Rocks is shaping up to be more challenging, with a tough hill climb consisting of a 700m ascent at a 16% gradient. Featuring also in le Tour de White Rock is a criterium that is infamous with cyclists - reaching speeds of 70km/hour, along with a 130km road race.

BC Superweek is held the lower mainland of British Columbia; “It is the biggest little race, cycling is just such a big spectator sport over here especially BC Superweek,” said Harry, “there is going to be lots of excited people out to watch the racing in Canada’s biggest cycling series.”

This is an exhilarating mountain bike relay event set in Taupo.