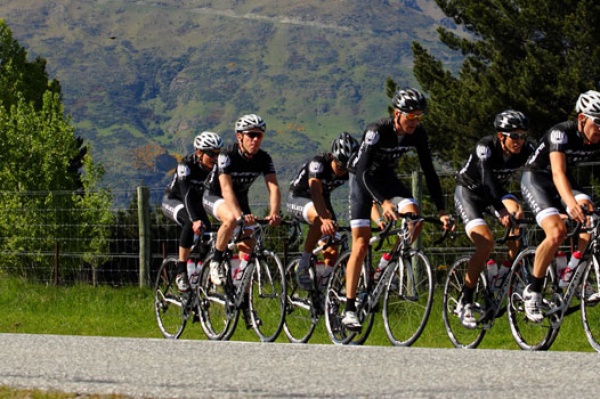 Team member, James McCoy has made the 24-hour trip over to Vancouver to join the team for the final two weeks of racing, making his coming after suffering from a knee injury earlier this year. James has been eager to get back into racing with the team after missing out on travelling to Asia, and to Europe with the under-23 team.

No doubt he will be itching to get on his bike with his teammates for some high speed racing that is promised from BC Superweek.

BC Superweek consists of five races spread over ten days; with two three-day tours and three criterium. The Tour de Delta is the first tour to kick off on Saturday afternoon New Zealand Time with the MK Delta Criterium.

The criterium is a 1.3km lap circuit, which goes for 40-60 laps. PureBlack Racing will be looking to repeat the upset they caused at the CHIN Picnic Criterium last Sunday.

Day two of the Tour of Delta is the Brenco Criterium hosted in the historic fisheries area of Ledner. The tour will be completed on day three with the White Spot Road Race, 140km around the flat and windy farmlands of Fraser River Delta.

Director Sportif, John “Harry” Harris believes there is going to be some great local and international talent racing in BC Superweek this year, including Canada’s National Criterium Champion, Ben Chaddock, who Roman van Uden and Taylor Gunman have both previously raced alongside as teammates.

“The field is full of local and international flavour,” said Harry, “there is going to be some strong Aussie’s racing and all sorts of good teams.”

BC Superweek is Harry’s home turf, the races are on roads and courses that he himself has won in the past, and he will no doubt be wishing the same results on his PureBlack Racing team.

“We will be ramping it right back up, that’s for sure,” said Harry, “we are happy, well rested and 100% on the right track.”

Following the Tour de Delta is three days of criterium in inner-city Vancouver, with the inaugural UBC Grand Prix held in the heart of the University of British Columbia, the Gastown Grand Prix which boasts the likes of Lance Armstrong as a past winner, and Giro de Burnaby.

“It is going to be great to get into the one-day type of racing again,” said Harry, “they are all going to be fun and exciting with crowds of 10,000 people upwards watching the races.”

BC Superweek concludes with le Tour de White Rock. Beginning with a massive hill climb up Buena Vista Avenue at a 16% gradient, the teams then ride the Choices Market Criterium, finishing with a road race through White Rock, known to test endurance and stamina through long steep climbs and sharp turns.

Harry is confident the team can pull some moves out of the bag for BC Superweek: “They are a really good bunch of boys and have been training harder and harder every day since the conclusion of the Tour de Beauce.”

The team for BC Superweek is:

At the conclusion of BC Superweek, PureBlack Racing will head back to New Zealand for a short stop before going over to Australia to compete in the Scody Cup.

PureBlack Racing has avoided major injury after day one of le Tour de Delta was marred by crashes.