Avanti Racing Team Duel Asian Attack - Fresh of their recent wins at the Battle of The Border and Tour of Toowoomba the Avanti Racing Team will now focus on the Asian circuit while the NRS take a hiatus for the next two months. 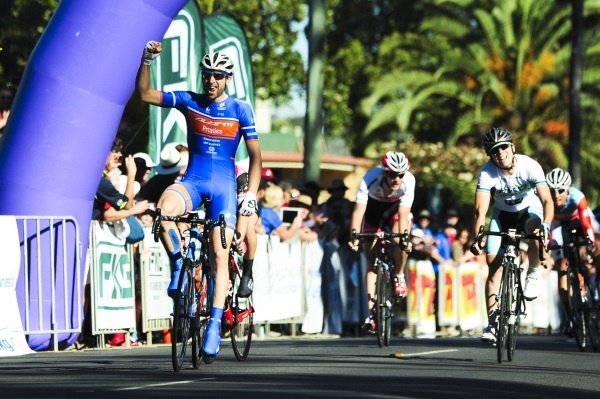 Half the team will saddle up for the tough Tour of Korea a UCI 2.1 with the other half in West Sumatra for the Tour De Singkarak both starting on the 8th June.

Korea will be Jack Haig’s last race with the team before heading off to the Jayco World Tour Academy. Haig is definitely a star on the rise and he will be looking for a good result. Mark O’Brien will also be a contender after a strong run of results in the last two weeks but the team has numerous options. “We’ll focus on stages first and foremost” said team manager Andrew Christie-Johnston. “We have guys that could do well overall but we are up against some really good Pro-Continental Teams so we’ll have to get the right guys in the right moves. We’ve had a bad run of injuries recently but the team has most bases covered with guys that can sprint and guys that can climb.”

4500km away the other half of the team line up for The Tour De Singkarak and whilst it isn’t the same classification as Korea the terrain and length of the tour make it a real challenge. “Singkarak has a bit of everything, the stages are long and when you climb you really climb” said team manager Steve Price. Jack Beckinsale will be in the mix and showed at the Tour of Japan that he has the ability and tenacity to figure as does Brenton Jones who will target the flatter stages. General Classification hopes will be shared between Taylor Gunman and Matt Clark but once again the team will take a fairly relaxed approach to the overall. “To be honest despite having raced here in 2012 we aren’t too sure what to expect competition wise. We’re up against Tabriz and a couple of other Iranian teams so it depends on what form they bring. Sometimes they are human sometimes they’re super human…we’ll see” Price said.

Next: Cairns Ironman this weekend

Well the count down is on until Ironman Cairns in three days time.