Mountain Bike couple ride for Team Avanti in 2013 - Tasmanian mountain bike couple Ben Mather and Rowena Fry will this year team up to ride for Avanti Bikes. For 2013 their bikes of choice will be 2013 Avanti Competitor Hardtail 29er’s and they will continue their long standing relationship with SRAM componentry, Adidas Eyewear and the fashionable 4-Shaw accessories. 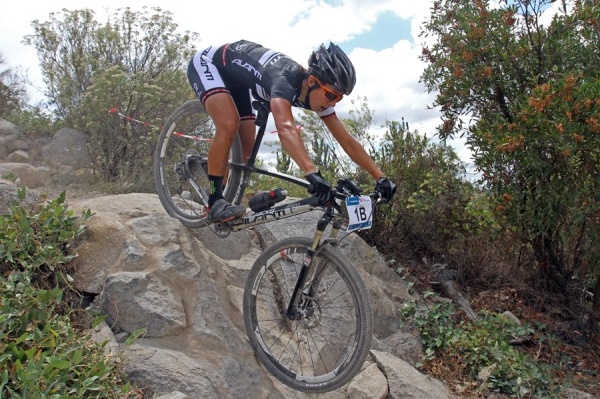 With Rowena taking a year away from European competition and returning to a majority MTB program, the couple will mainly focus on the Australian domestic scene, racing XC, Marathons and stage events.

Fry is no stranger to the mountain bike public having won 6 national titles across the disciplines of short track, cross country and marathon. She is also a former Oceania Champion and has won major events including The Highland Fling, Wildside MTB and Tour de Timor. Fry has battled with health issues over the past two years but feels like that is now behind her. Last year she had a busy schedule racing for the women’s GreenEDGE road team and competing at the World Cup XC and Eliminators, scoring a World Cup Podium result in the latter. Whilst her XC World Ranking has dropped from the Top 20,

Fry is looking forward to a year at home before embarking on a campaign to compete at the Commonwealth games in 2014. “I have definitely under-performed the last couple of years. I’m happy I’ve finally been able to string together a solid preseason. I’m feeling good and really looking forward to competing in all the great Australian races I’ve missed out on the last few years.”

Mather is better known to the marathon scene and won the National Marathon Championship in 2010.  In 2011 he won the Convict 100 and finished runner-up in the Ottway Odyssey, the James Williamson Enduro and the Highland Fling. Also in that year, he finished second overall in the hotly contested National Marathon Series.  A major road race accident resulted in him breaking his collar bone and patella, putting a dampener on his 2012 season.  “It was a tough year. Every time I tried to increase my training load I had knee problems. It was hard to watch the other guys racing, but has made me hungrier for success. This year I’m really looking forward to a solid marathon season and will be focusing on the National Marathon Champs in Atherton in April.”

The couple have just finished hosting their own two day mountain bike event The Blue Dragon MTB Challenge. “It’s the perfect way to showcase our favourite riding area and allows us to be on the other side of the race tape for a change” said Mather. He capped off the event presentations with a surprise marriage proposal to Fry that sent the crowd into a wild cheer (she said yes).

Mather raced last weekend’s Ottway Odyssey, finishing a creditable 5th on the tough 100km course. This weekend, the couple travel to Canberra to compete in the National MTB Championships hosted at Mt Stromlo. After finishing second last year, Fry is keen to regain the Cross Country green and gold jersey and Mather is hopeful of a Top 5 result. 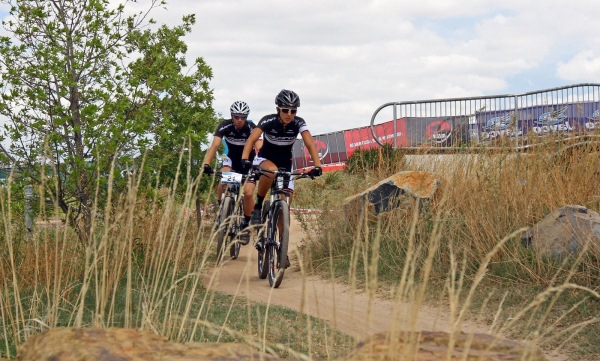 Next: Cameron Brown reflects on his 3rd place at Ironman NZ

Well it was a tough day at the office yesterday. Not the day I was hoping for in my 15th Ironman New Zealand but still enough to get on the podium in 3rd place.