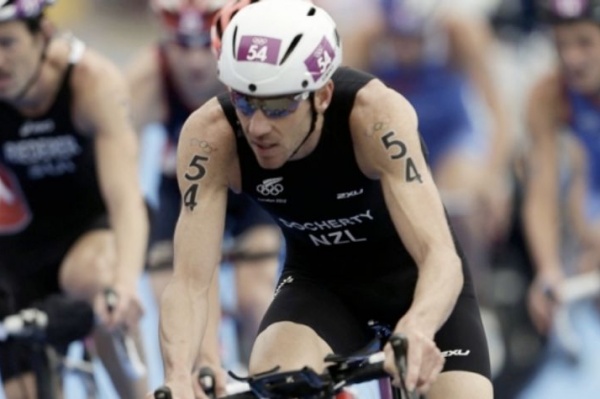 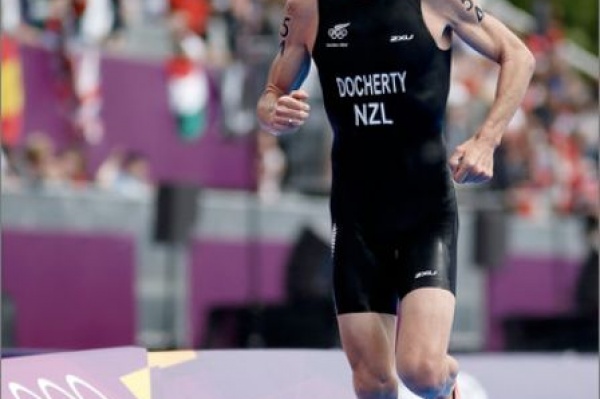 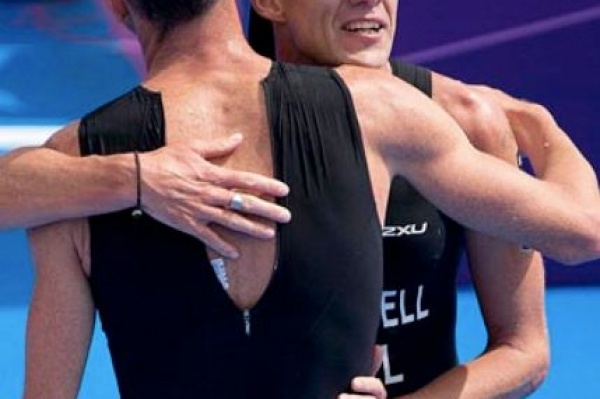 My final Olympic build up started off with the WTS race in Hamburg 3 weeks before the big one. This
race was a sprint distance, half that of the normal distance and I was worried that my old body wouldn’t be able to handle the pace… To my surprise I had a great race, mixing it up with all the younger boys and finishing up in 11th only 30 seconds off the pace.

This was a great indication that I was coming into form just at the right time. From there I went straight to Oxford for the final 2 weeks leading into the games, which was key for a little fine tuning. This camp was awesome with great support, amazing training and the weather even behaved itself.

I did decide to sneak over to London for the opening ceremony, as it was a great opportunity to check out the Olympic village before the race. Of my 3 Olympic campaigns the village in London was certainly the nicest, it was complete (unlike Athens) and properly built (unlike Beijing)! The NZ team always makes you feel welcome with a haka, coffee, induction, lollies and one more haka for good measure!

There was certainly a good vibe throughout the village as all the different nations donned their No 1’s to showcase their athletes to the rest of the world!

Parading in the opening ceremony is certainly not what you would expect and definitely not as glamorous! Picture the world’s longest amusement park ride queue! Essentially while the rest of the
world is watching the entertainment on TV we are in line along with every other nation waiting to head
into the stadium. Once you finally make it into the stadium the scale of things is just overwhelming!

It makes you realize how big this event truly is! A few days before our race I moved from Oxford into a hotel at Hyde Park close to the race venue. A lot of people question why we don’t stay in the village before the event, in my opinion the village is just one big distraction. By this stage I’m starting to get pretty nervous and I just want to shut myself in a room and get my head in the right place. As part of the planning we had the Triathlon NZ nutritionist cooking for us in a separate apartment, all we had to do was show up at 6:30pm every night and awesome food was sitting on the table. It’s the small details like this that make the difference!

Race morning, and by now the nerves have really kicked in like never before! Before a big race like this I become very vacant, quiet, focused and what ever you do “don’t piss me off!’ You hear a lot of people say that just to compete in the Olympics is special and you don’t really appreciate that until you’re out there warming up before the event. Thousands of people from all over the world have come together to watch an event that you’re part of, and there is certainly a different vibe to any other race! I have to admit that seeing my family in the stands before the event nearly brought a tear to
my eye, my kids will never remember the race, but the last few years they have dramatically changed my
life and to have them there was very special.

With my game face back on it was time to head to the start, the tension on the start line was immense, but we all knew that once the gun went the nerves would go. Game on! I dove into the Serpentine and went hard right, straight onto a small group of guys with included the Brownlee bro’s.

This is where I wanted to be, away from the shit fight of the main group and getting towed up to the first buoy! I still encountered some fists at the first buoy and as we hit the back straight of the swim I could see the guy I was following had dropped the feet and a gap had opened! Crap! Time to see how well I’m swimming, I sprinted around and closed the gap, with just enough time to see that another gap had opened and had to sprint around that guy!

By the bottom buoy the hot pace had split the field and luckily enough for me I was in the main front group of about 12 guys. There was a small group of 5 just in front for us, which included Gomez and the Brownlees but by the look on everyone’s faces in our group we were never going to let them slip away.

Onto the bike and it still took us a whole lap to close the gap on the 5 out front, but that speed on the bike had pulled us right away from the chase pack which included some very big names, it was game over for them. Like they say you can never win a race in the swim, but you can certainly lose it!

From that point Great Britain’s Stewart Hayes went to the front and controlled the pace. He had been controversially selected by British triathlon to work for the Brownlee brothers. He was certainly doing his job, but everyone knew that and in turn just sat and let him do the work. There was no point in attacking as Stewart was only going to chase you down and also with flat course you wouldn’t be able
to drain people, unfortunately it was just a matter of waiting for the run!

As we hit T2 it became very clear that there wasn’t going to be any medals for me this time round, I felt strong but not fast! I still wanted to give it my best shot so I ran with everything I had, no regrets! To be honest it was quite lonely out there, I think I ran the whole run solo, stuck between 2 groups. Out on the run there was just this immense scream from the crowd, which was by far the biggest crowd I’d ever raced in front of, gestimated at around 500,000. However there was a small part of the course that was blocked off to spectators, and it felt like someone had turned on the mute button, then back into the scream!

It was a fun run. As I entered the finishing straight in 12th I had bitter‐sweet emotions, it was disappointing that I wasn’t able to get the Olympic gold medal that I had come so close to back in Athens and Beijing, but I was happy about what I had achieved over the last 8 years and that I would have no regrets about not giving it one last go!

Next: Tour of Murray River Stage 6

It was a non-eventful day for PureBlack Racing during Stage Six and Seven of the Tour of Murray River yesterday, which featured two short criterium...