Haig signs with Orica Green Edge for 2015 - Avanti Racing Team’s position as the number one development team in Oceania has been further bolstered by the news that Jack Haig has signed a deal with World Tour outfit Orica Green Edge. 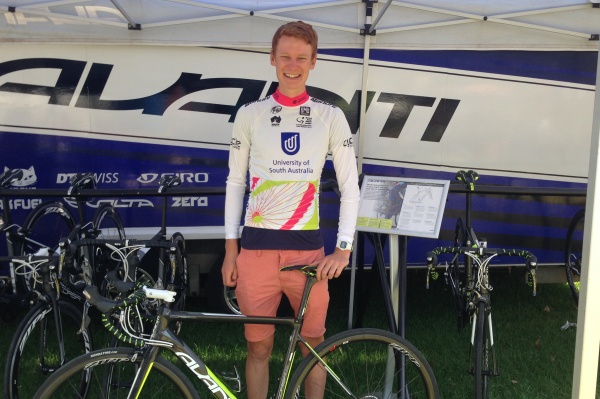 Jack’s signing comes off the back of a successful season split between Australia and Europe. The first half of the year saw him collect the best young rider jersey at both the Tour Down Under and the Herald Sun Tour (3rd Overall) followed by 3rd at the Tour de Korea before heading to Europe. 2nd overall and the young rider jersey at the Tour of Alsace in July followed by a strong supporting role for Rob Power at the Tour de l’Avenir confirmed his potential and also earned him a ride in the Australian team for the World Championships. “There was a lot of interest in Jack” said team manager Andrew Christie-Johnston. “I think it’s a great move for him and for Green Edge. Shane Bannan has an eye for talent and has made a wise investment. To have another rider make the step up to WT is great for us, for Avanti and the rest of our sponsors. It makes all the hard work and long hours we put in worth it.”

Long time coach and team High Performance Director Mark Fenner was understandably excited by Jack’s elevation to the big time. “Jack is the ultimate professional; he’s meticulous in every aspect of his cycling regime. I’ve looked after him from his days on the Torq MTB Team all the way through the Avanti program so I’m stoked that he’ll get the chance to fulfill his potential as a professional cyclist” he said. “He’s been up at the Watts Factory this past week fine tuning his set up and position and is as focused as ever, just raring to get going.” When asked where he sees Jack strengths Fenner had no doubt that his long term progression would lead to the grand tours. “He definitely has the potential to be a contender in the future. He can TT, climb and has fantastic bunch position and bike handling skills, he’s the whole package.”

Haig’s signing brings Avanti Racing Team’s WT Alumni to seven and comes hot on the heels of the announcement that World U23 TT Champion Campbell Flakemore will ride for BMC in 2015.

Next: Katy Perry and her custom Avanti ride