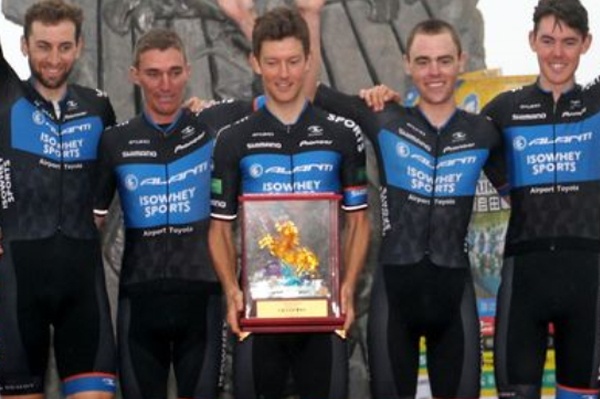 Tour de Taiwan is recognized by the Switzerland-based Union Cycliste Internationale as a 2.1-class race since 2012 and is part of the Asia Tour. 99 riders making up 20 teams took part in this year's Tour de Taiwan that started in Taipei on March 6.

The next race for Avanti IsoWhey Sports is the Redlands Bicycle Classic in California, April 6th -10th.

Next: UCI Best Performance and National title for the One Hour Record claimed by Tirau cyclist, Jim McMurray