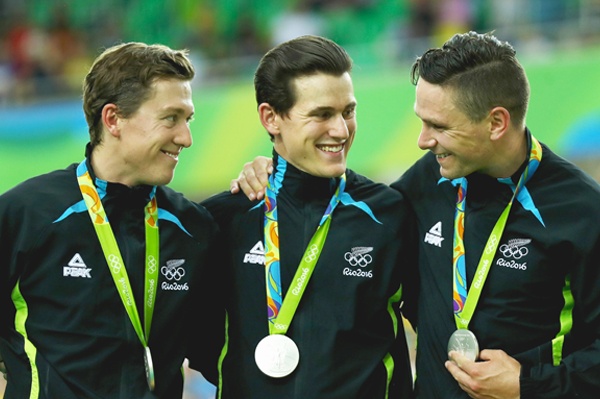 The New Zealand team qualified with the fastest time leading into the finals, setting a new Olympic Record of 42.535, crossing the line at 0.105 of a second quicker than Great Britain.

The finals saw an even closer finish with a difference of just 0.102 of a second, and Great Britain setting a new Olympic Record of 42.440 against New Zealand’s 42.524 race finish.

Kim Struthers, Country Manager commented, ‘the team have worked tirelessly on the Avanti Pista Team project since August 2013, so to see the team achieve a Silver medal on the Pista is a feat we are incredibly proud to be a part of.’

Avanti’s Group Product Manager, Stephen James, said ‘we developed this bike in partnership with the New Zealand Sprint Team and Cycling New Zealand, challenging old ideas and engineering to produce a bike to give the Sprint Team an edge. Sam, Ethan and Eddie have trained incredibly hard and we’re honoured to have been a part of their Olympic success.’

The Avanti Pista Team focuses on being lightweight while managing the immense loads the Sprinters put out. Ethan Mitchell said of the Avanti Pista Team project ‘it’s been amazing, we’ve never really had the opportunity to be able to bounce ideas on how to build ideas on something that we ride, it’s been special to be able to do that and come together to make a bike that is individualised for us.’

Avanti have been involved in the last four Olympic Games and this Olympic cycle was their most technology-driven project yet. Using World leading Formula 1 technology the Avanti track bikes were designed and tested in New Zealand, by New Zealanders, for the New Zealand Olympic team.