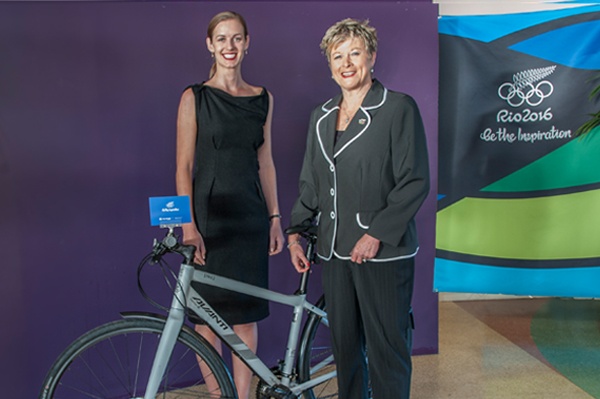 As a proud partner to the New Zealand Olympic Team, Avanti has customised all 40 Avanti Incs with Rio decals and messages of support, a reminder that the Kiwi brand is behind the New Zealand team all the way.

After the games, the 40 Avanti Incs will be gifted to the Mangueira community, an underprivileged neighbourhood situated in the hills of the northern part of Rio. Mangueira has a population of approximately 45,000, of which 30% are children aged under 14 years. Kim Struthers, Avanti’s Country Manager, commented, “It’s great to be able to give a deserving community in Rio something back after they’ve hosted the Games, and sharing the feeling of freedom and adventure that riding a bike brings is a great way for us to be able to do this.”

The bikes will be put to great use in the Mangueira communities’ social project which aims to make a positive impact on young people through sport.

“Avanti’s support not only of our team, but also the people of Mangueira is greatly appreciated and contributes to giving our team an edge in the Olympic Village at Games-time,” said Kereyn Smith, Chief Executive of the New Zealand Olympic Committee.

Avanti held back the release of the new Inc in order to develop and deliver a more refined yet functional bike for the commuter market. Released in January this year, the key changes from the 2014 Inc are the integrated seat post, twisted frame shape and reflective decals, offering commuters a sleeker, safer ride. The Avanti Inc range is now available in Avanti stores to purchase.

Next: Kiwi Sprinters win Olympic Silver aboard Avanti at the 2016 Rio Olympic Games